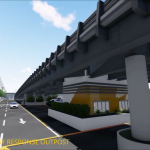 November 9, 2021 - In News By Maria Vinnise Marcelo Comment off

Anticipating this development, stakeholders expressed their willingness to cooperate and relocate service poles and lines along the Ala-uli intersection. Likewise, the DPWH commits to provide the final plan as soon as the dimensions for said project are finalized.