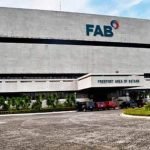 The start of the year has been productive for the Authority of the Freeport Area of Bataan (AFAB) in terms of import and export operations in Freeport.

The report added that these numbers are expected to increase in the coming months as trade and industry in the country continue to strengthen.

Meanwhile, the number of companies currently operating in the Freeport Area of Bataan (FAB) as FAB Registered Enterprises has increased.

From 90 companies in 2021, it has climbed to 96 according to the last record of the AFAB in April 2022. This increase is an indication of increasing employment opportunities and development in the municipality of Mariveles and nearby towns.

This number is expected to increase in the coming years with the continuous growth of FAB Expansion areas in various towns in the province of Bataan.