AFAB to venture into P3 billion worth project 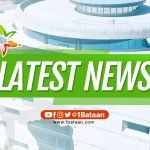 AFAB to venture into P3 billion worth project

Authority of the Freeport Area of Bataan (AFAB) Administrator Emmanuel D. Pineda said in last Wednesday’s 5th State of the Freeport Address (SOFA) that the project the details of which were not yet divulged to the media, was already endorsed to the Fiscal Incentives Review Board.

AFAB has been included among the top Investment Promotion Agencies that generated foreign investments in the second quarter of 2022 as monitored by the Philippine Statistics Authority (PSA).

Pineda said AFAB has also interacted with dozens of interested investors since the start of the year, “further proof that it is starting to get back on track. Two of these are power-generating projects that if realized would pour in nearly P50 billion into the FAB”.

The post AFAB to venture into P3 billion worth project appeared first on 1Bataan.