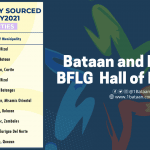 The Bureau of Local Government Finance (BFLG) has listed the Province of Bataan and Municipality of Limay as Hall of Famers for consecutively attaining exemplary performance in local revenue collection for the years 2018-2020.

Based on the report, Limay was able to generate locally sourced revenue amounting to P811.98 million. The municipality of Limay also tops the overall ranking of Highest LSR after bagging the 1st, 2nd, and 1st place for the years 2018-2020 respectively. Similarly, the Province of Bataan also tops the abovementioned field, placing 1st, 3rd, and 2nd respectively.

The post Bataan and Limay, BFLG Hall of Famers appeared first on 1Bataan.