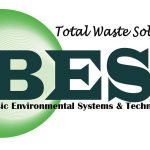 Today marks the signing of the joint venture agreement (JVA) under the Public-Private Partnership Scheme between Basic Environmental Systems & Technologies, Inc. (Best, Inc.) and the Provincial Government of Bataan as well as the groundbreaking ceremony of the Community Ecology Center. This will be held at barangay Capitangan, Abucay, Bataan where an engineered sanitary landfill will be established to cater to the solid waste disposal needs of the entire province.

Governor Albert S. Garcia of the province of Bataan and the president of Best, Inc. Ms. Isabelita Paredes Mercado welcomes the guests and participants to this event. Invited were the representatives of the mayor of Abucay and barangay captain of Capitangan, the host barangay and its kagawads. The Public-Private Partnership Investment Committee of the province (PPPIC), the PG-ENRO, all the mayors of the province and their MENROs and CENROs, as well as the regional director of EMB, DENR, PENRO and CENROS.

Best, Inc. belongs to the IPM Holdings of the Group of Companies and is a leading waste management service provider for waste collection, establishment, operation and maintenance of sanitary landfills in many local government units such as in Davao city, Cagayan de Oro city, Zamboanga city, Bacolod city, Tacloban city, a part-owner of the Clark sanitary landfill and owner of the Payatas and Morong, Rizal sanitary landfill. It’s first PPP project for sanitary landfill is in Passi city, Iloilo that caters to 38 LGUs in the province. Other PPP projects are in the pipeline.

Having its own engineered sanitary landfill in the province is one of the many legacies which Governor Garcia will leave to his constituents as he assumes his new post as congressman come July 1, 2022. This is to assist the LGUs in the province comply with Republic Act 9003, the Ecological Solid Waste Management Act of 2000 where open dumpsites and controlled disposal facilities are no longer allowed to be used as disposal of solid wastes since 2006. This gives the opportunity to the cities and municipalities who cannot afford to establish their own sanitary landfill a chance to make use of an environmentally-sound disposal facility where all engineering measures to mitigate the generation of Pollutants are in place. The environmental management bureau has issued an Environmental Compliance Certificate (ECC) for this project.