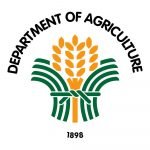 Rabbit meat, anyone? It will soon be available locally.

Yes, because no other than the Provincial Government of Bataan is inching up to promote rabbit meat following reports that the Department of Agriculture had encouraged the propagation of rabbit meat amid skyrocketing price of pork.

Vice Gov. Garcia would want to assign a market day at the Bunker where it would offer to sell fresh rabbit meat, and rabbit products.

The project would be coordinated with the Provincial Government of Bataan, Provincial Veterinary Office and the BPSU.