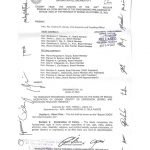 The Sangguniang Panlalawigan ng Bataan has approved the Anti-Discrimination Ordinance on the basis of SOGIE last October 2021.
The said Ordinance stated that it aims to “protect all our countrymen from sexual orientation, gender identity and expression or SOGIE-based Discrimination.”

Bataan First District Representative Geraldine B. Roman thanked Board Member Jomar Gaza who authored this Ordinance and Board Member Kristine Dela Fuente for sponsoring such Ordinance.
“This ordinance was unanimously approved. Many thanks also to the Sangguniang Panlalawigan led by Vice Governor Cris Garcia and Gov. Abet Garcia for approving the said measure,” Congresswoman Roman said on her Facebook Page post.

Roman added that she is so proud of Bataan for many things, “but I am even prouder of my province after learning that the Sangguniang Panlalawigan of Bataan has passed an ordinance prohibiting discrimination on the basis of Sexual Orientation, Gender Identity and Expression.”
Roman also challenges Congress to pass the SOGIE Equality Bill “as soon as possible.”
The SOGIE, Equality Bill, also known as the Anti-Discrimination Bill (ADB), is a bill that was proposed by the Congress of the Philippines and is intended to prevent various economic and public accommodation-related acts of discrimination against people based on their sexual orientation, gender identity or expression.