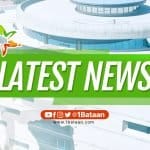 Bataan Gov. Jose Enrique S. Garcia III disclosed during the recent climate change summit in a Balanga restaurant that the official stand of the provincial government remains, that the BNPP would be converted to a cloud computing hub thus becoming the country’s biggest data center.

“The BNPP site is secured and safe besides, it has a water cooling provision which is of utmost importance to a data center,” Gov. Garcia said. He, however, explained that the national government seems to be opting for small molecular reactors as has been adopted in some parts of the United States and some European countries.

Garcia cited as an example, an old and a new car model: “If you were to choose between the old and the recent model, which one will you choose?” He was trying to explain that the BNPP is an old model compared to latest trends in nuclear energy.

However, Garcia mentioned that Bataan province is open to any recommendation from the special committee of the House of Representatives studying the possibility of reviving the 40-year old Bataan Nuclear Power Plant in Morong town.

Kelvin Rodolfo, professor emeritus of environmental science at the University of Illinois, Chicago, said at a webinar of Advocates of Science and Technology for the People about two months ago that the worst danger facing BNPP is the possible explosion of Mt. Natib.

In recent media reports, Rodolfo slammed Carlo Arcilla, director of the Philippine Nuclear Research Institute (PNRI), for pushing the activation of the BNPP.