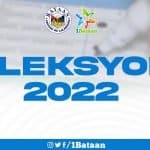 Eight re-electionist mayors who are close allies of congressman-elect Albert Garcia of Bataan’s Second District won their seats in the May 9 local and national elections.

The feat keeps the Garcias’ political power to reckon with in the peninsular province of Central Luzon with one city and 11 municipalities. The Garcias overwhelmingly endorsed the candidacy of now winning presidential aspirant Ferdinand Marcos, Jr.

A newcomer in Bataan politics, Alexander Acuzar edged out incumbent mayor Aida De Guia Macalinao with a comfortable margin. Another newcomer with rich experience in public service is Fernando Manalili who won the vice mayoral seat of Dinalupihan.

Incumbent Mayor Nelson David of Limay town won overwhelmingly with 22,789 votes against comebacking Ver Roque who got only 16,458 votes. Limay is one of the two richest municipalities in Bataan being host to Petron Bataan Refinery Corp.