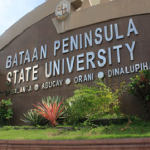 The Bataan Peninsula State University (BPSU) is aiming to boost rabbit meat industry in the province.
Vice President for Research, Extension, and Training Services Dr. Hermogenes Paguia said that they helped organizing the Bataan Association of Rabbit Meat Producers and Processors (BARMPP) with about 200 raisers in the province.

“We will launch research study on rabbit production next year”, he said.
“The research study will include science-based training for local rabbit raisers as well rabbit meat product development. We will develop rabbit meat lechon and ham”, he added.
Paguia the university will also assist BARMPP to organize institutional markets.
The BPSU official also said the rabbit meat development project will be in cooperation with the Provincial Veterinary Office.
Rabbit meat is rich in highly-quality proteins and lean and low in cholesterol.