DTI devolves some functions to LGUs 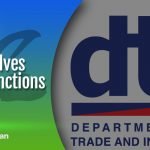 DTI devolves some functions to LGUs

The Department of Trade and Industry (DTI) will soon devolve some of its functions to the local government units (LGUs). Teresita Magtanong, senior trade industry development specialist, said some of the functions to be devolved are the implementation of Negosyo Center program, the shared service facility (SSF), and one town, one product (OTOP) program.

Earlier, the DTI staff led by Director Nelin Ocson Cabahug made the rounds of Bataan towns to inform the mayors of the agency’s accomplishments and programs to be undertaken soon. Meanwhile, the DTI is contemplating to give newly registered small businesses exemption from various regulatory requirements, including payment of income tax for several years. Trade Secretary Alfredo Pascual said the department has already consulted with the Bureau of Internal Revenue (BIR) and is now drafting a framework of tax perks for small businesses.

The post DTI devolves some functions to LGUs appeared first on 1Bataan.