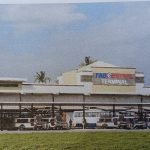 Today marks the beginning of rising opportunities for the Freeport Area of Bataan.

The groundbreaking of the FAB Central Terminal, that took place on Thursday, April 7, 2022, starts the construction and marketing for the project.

Atty. Christopher Ryan Tan, CEO of Hausland Group told Bataan newsmen that this central terminal facility will cater to all types of vehicles, linking the Freeport Area to the rest of Mariveles and neighboring towns.

It will not only decongest traffic in Mariveles, but also provide growth opportunities for businesses and convenience for commuters.

FAB Central is a mixed-use development project of a 5.9 hectare-property, birthed by the partnership of Hausland Group and the Authority of Freeport Area of Bataan (the “AFAB”).

Now it seeks to play a part in the growth of the area and give back to the province and community through this project.

Wilfredo M. Tan, President and Chairman of Hausland Group, said after finding success in planting subdivision roots in the area, it is time to venture into commercial leasing projects.