General hospital to rise in Limay 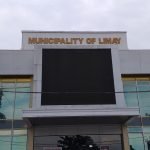 General hospital to rise in Limay

Plans are now afoot for the construction of Limay General Hospital in Barangay St. Francis II following the approval of the project by the Department of Health.

Limay Mayor Nelson C. David who just got an overwhelming fresh mandate from his constituents together with son Vice Mayor Richie David, said last Tuesday that the date for groundbreaking has yet to be scheduled but said it will held in a month.

“The project has been approved by DOH and the local government and maybe the DOH is just ironing out kinks to conform with basic standard and criteria,” said the mayor.

The vice mayor said the municipal government of Limay is now venturing into more infrastructure projects like developing tourism-oriented sites and construction of housing units.

The post General hospital to rise in Limay appeared first on 1Bataan.