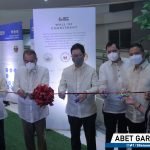 The adage “Justice delayed, justice denied” will soon become a thing of the past with the launching last Friday, March 18, of the Balanga City Justice Zone.

The program provides mechanism for judges, state prosecutors, lawyers, prison officials, and the police to collectively resolve issues that impede the justice system in the provinces.

The JSCC, composed of Department of Justice, Department of the Interior and Local Government, has opened similar facilities in Quezon City and other cities in Calamba, Angeles, Naga, Bacolod, Cebu and Davao.

The Balanga City Justice Zone is located at The Bunker. Bataan Gov. Albert Garcia informed the guests that the provincial government had been doing its share in reducing poverty and the index crime since 2016, even providing incentives to local police every time there is 20 percent reduction in index crime rate.