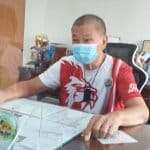 Reeling from the hectic schedules of political campaigns, reelected Mayor Antonio Raymundo of Orion, is now toying with the idea of putting up what he calls “Dampa” public market that will cater to all residents of his municipality so that they would no longer go far to buy their basic needs.

A concept of the “Dampa” structures said to be put up in Barangay Wakas, was posted in the Facebook page of Tonypep, short for mayor’s name. “Dampa” literally means a small nipa hut or a house made of light locally-sourced materials. A makeshift public market in the town proper of Orion no longer seems to attract traders.

The mayor declined to disclose how much the project will cost, but judging from the artist’s concept of the public market it may cost the government a hefty amount. “You just visit my FB page “tonypep,” he said.

Orion town with more than 61,000 people is a third-class municipality with numerous industries engaged in construction business. The Port of Orion is one of its magnets for major industrial development if given serious attention by would-be investors.