No let up on Manila Bay rehab -DENR Bataan 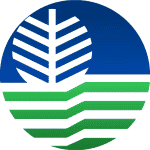 No let up on Manila Bay rehab -DENR Bataan

The Department of Environment and Natural Resources (DENR) has never stopped implementing various programs towards rehabilitating the Manila Bay since the order from Supreme Court in December 2008 came out.

The Supreme Court issued SC Mandamus on Manila Bay directing 13 government agencies to clean up, rehabilitate, and preserve Manila Bay, and restore and maintain its waters to SB level to make them fit for swimming, skin-diving, and other forms of contact recreation. The 13 mandamus agencies are DENR, DILG, DepEd, DOH, DA, DPWH, DBM, PCG, PNP-MG, PPA, MMDA, MWSS, and LWUA.

Mamac, in his guesting in the radio program ‘*Bataan at Kalikasan” at 91.1 Sikat FM on Tuesday, said DENR, as the lead agency, has been answering the call of times and the call of the highest court in the land to rehabilitate and clean the Manila Bay.

He said they at DENR Bataan received tremendous support from LGUS in particular the provincial government through the leadership of Gov. Abet Garcia and from barangays.

DENR Bataan has been continuously conducting cleanup along Manila Bay and rivers, and hired estero rangers. Bamboos were planted along riverbanks and mangove areas were propagated.

For her part, DENR Bataan Chief Conservation and Development Division Mila Ramirez, however said more have yet to be done noting many parts of Manila Bay that still do not pass the required water quality standard. She said though that visible improvements have been attained with the non-stop campaign to rehabilitate the bay.

Mamac pointed out a holistic approach is needed that will involve all the stakeholders and not just the 13 agencies as he urged the public especially those living along the Manila Bay and rivers to join in the rehabilitation efforts.

The post No let up on Manila Bay rehab -DENR Bataan appeared first on 1Bataan.