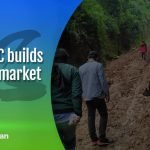 This will happen in Barangay Mabiga, in Hermosa where the NTF-ELCAC allotted P12 million for a one-kilometer farm-to-market road.

One of the mandates of NTF-ELCAC is to spur the development of impoverished countryside. If approved by the national government the road work will start immediately, it was learned.