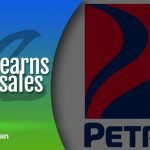 The Petron Corp. earned higher sales from local and international operations in the first quarter of the year. In its statement, Petron reported its consolidated 9-month net income at the end of September which grew by 64 percent to P8.2 billion from P4.99 billion in the previous year.

Consolidated revenues for the period had more than doubled to P631.1 billion from P291.6 billion. The only oil refiner in the country operates a 180 barrel -per-day plant in Limay, Bataan, 30 terminals and more than 2,000 service stations nationwide. Lately, Petron obtained its share-holders’ approval to construct a coco-methyl ester plant and secure necessary permits.