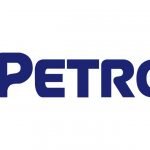 Petron Corporation had expressed optimism that it will complete the construction of 184-megawatt power plant in Limay, Bataan, the country’s only remaining refinery.

The Philippine Power News in its on-line post said the Petron plant which produces 180,000 barrel-per day will be completed in the second half of the year, in line with its refinery efficiency program.

Petron is now constructing new power facilities and structures to replace some of its old generators, increase steam production, and expand power generation capacity from 140mw to 184mw.

Petron report said the estimated total cost of the project is approximately P12 billion. New power plant facilities had been started in 2019 and are expected to be completed in the second half of 2022.

The Bataan refinery, according to Petron website, has a crude oil distillation capacity of 180,000 barrels per day. It processes crude oil into a range of white fuel products such as gasoline, diesel, LPG, jet fuel, kerosene, naptha and petrochemical feed stock like propylene.