Rise in tourist arrivals expected after EO No. 7 issuance 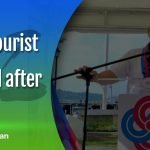 Rise in tourist arrivals expected after EO No. 7 issuance

“This is good news! With this sound decision from President Marcos, we could expect more tourists here in Subic Bay Freeport.” This was the statement made by Subic Bay Metropolitan Authority (SBMA) Chairman and Administrator Rolen C. Paulino following the issuance of executive order no. 7 on October 28, 2022, by President Ferdinand Marcos Jr., that allows the voluntary wearing of facemasks in indoor and outdoor settings.

“Currently, hotels and resorts inside the Subic Bay Freeport are almost fully-booked. With the issuance of EO7, we will be anticipating a spill-over of tourists to other areas near Subic Bay due to the anticipated rise in the number of arrivals,” Paulino said. The official cited that many of the resorts and theme parks here have already begun to go on full blast, citing that theme parks such as Zoobic Safari, are now offering their annual Night Safari which will run on all Saturday nights of November up to December. “Aside from these theme parks, many companies have also opened their restaurants as they expect the number of tourist arrivals to increase during the holiday season.

Tourism-related establishments that commenced operations this year included the VSNRY Coffee Shop and the En Izakaya & Global Cuisine by Sakura, providing tourists with more areas to visit here,” he said. The official added that the Subic Bay Exhibition and Convention Center (SBECC) is available to companies for the conduct of their Meetings, Incentives, Conferences, and Exhibitions (MICE) in Subic Bay Freeport. SBECC can accommodate large events, with the recent holding of the Alveo 5150 Ironman. The event place will also be in full house starting with the Philippine College of Physicians Annual Congress this month.

The President also urged non-vaccinated Filipinos from Covid-19 to continue wearing facemasks, especially those with comorbidities and senior citizens. She added that non-vaccinated foreigners could now enter the country as long as they can present a negative antigen test result 24 hours before their flight to the Philippines, or have their antigen tests upon arriving in the country. “An RT-PCR test is no longer needed before going out of the country”, mused Sec. Frasco. “The President aims to keep up with other countries in Asia that have eased up on their travel restrictions to encourage more tourists to visit them”, the official further remarked.

The post Rise in tourist arrivals expected after EO No. 7 issuance appeared first on 1Bataan.