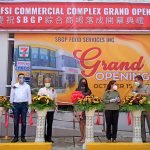 The Subic Bay Metropolitan Authority (SBMA) approved new investment proposals worth a total of P16.2 billion in the third quarter of this year to reassert Subic Bay Freeport Zone’s claim as one of the biggest business destinations in the country.

SBMA Chairman and Administrator Wilma T. Eisma said the new investment commitments were made by 40 companies that sought registration as Subic business locators from July to September, as well as by three existing locators that pledged additional investments for expansion projects totaling P49.44 million.

The new investments consisted of 15 projects under the leisure industry, 13 in general business, 11 in logistics and one in information and communications technology, while the expansions were all under the manufacturing sector.

The new investments will bring in a total of 71,522 new jobs, while the expansion projects will generate additional employment of 1,200 in the freeport zone.
According to the SBMA Business and Investment Group (SBMA-BIG), the new projects approved in Third Quarter 2021 represented a 233 percent increase over the 12 new proposals in the same period last year. In terms of new jobs, the variance showed thousands-fold increase over the 163 posted in 2020.
SBMA Senior Deputy Administrator for Business Renato Lee III said the biggest investment proposals came from Subic Supreme Industries, Inc., which committed P15.5 billion for a leisure project; Empress Maritime Subic, Inc., with P201.2-million for another leisure project; Bicol Oil (International) & Shipping Corporation, with P179.3 million in logistics; SBGP Food Services, Inc. with P74.62 million in leisure; and Da Fu Yuan Corp. with P57.28 million in general business.

He said SBMA is also reviewing and amending business processes, including the omnibus policy on the imposition of performance bond, to further reduce the period for processing and issuance of business permits and ensure efficient monitoring of development commitments by business locators here.
Eisma said on Friday that the continuing health crisis may have initially caused the closure of some companies in Subic, “but we’re definitely making a comeback as a preferred investment destination.”
“Aside from sound economic policies that gave investors much-needed support and respite during the pandemic, Subic’s superb safety record, which is due to the cooperation of stakeholders in observing health measures, also played an important part in gaining the trust of new investors,” she added.
Eisma pointed out the SBMA has been a favored destination for “bubble events” like business conferences, sports tournaments, and stay-cations at the height of the Covid-19 pandemic, as well as a hub for international crew change and the repatriation of overseas Filipino workers.