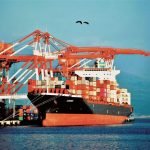 The Subic Bay Metropolitan Authority (SBMA) registered a revenue of P3.47 billion last year, capping the second year of the Covid-19 pandemic with an 8% growth in income and other major accomplishments in key performance areas.

In her 2021 annual report to President Duterte, SBMA Chairman and Administrator Wilma T. Eisma said that “while a few indicators remain impacted by the Covid-19 pandemic, the general trend is upward where the SBMA was able to accelerate growth and surpass its performance in the previous year.”
Foremost among the top performances Eisma told the President about was the operating revenue of the agency, which stood at P3.47 billion for the period ending December 2021. This was P270M or 8% higher compared to revenue in the same period in 2020, she added.
Eisma pointed out that most of the SBMA revenue came from leases and port operations, with land and building leases growing by 2% and contributing P1.38 billion, and seaport operations growing by 14% and generating P1.37 billion.

She also reported that the agency’s regulatory income increased by 11% and provided P408 million in revenue, while airport operations grew by 26% and contributed P79 million.
The SBMA chief likewise provided positive reports in investment and employment generation, tourism, imports, and exports.

At the same time, Chairman Eisma reported to President Duterte that the Subic Bay International Airport, which was tapped by the Department of Transportation last year to accommodate “Bayanihan” flights has recorded a total of 53 flights as of December 31, bringing home a total of 14,312 overseas Filipino workers (OFWs) and returning overseas Filipinos, and generating P3.17 million in direct revenues for the SBMA.

Eisma likewise reported that the SBMA’s Covid-19 vaccine rollout, which was a joint project with the Department of Health, has resulted in the administration of 22,251 vaccine doses as of the end of 2021.
Eisma assured the President that the SBMA “is doing its best to be more competitive and maintain a business-friendly environment in the Freeport, as we continue to support all the programs of the government to ensure the well-being and safety of everyone in the Subic Bay Freeport.”