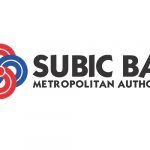 The Subic Bay Metropolitan Authority (SBMA) allocated a total of P140.6 million for the shares of local government units (LGUs) contiguous to the Subic Bay Freeport Zone during the second half of 2021. SBMA Chairman Wilma T. Eisma said these will be released to the eight neighboring LGUs next week.

The shares, which are sourced from the five-percent taxes paid by business locators in the Subic Bay Freeport, are meant to promote parallel development in communities near the Freeport and enhance LGU projects in tourism, infrastructure, education, peace and order, health, and livelihood generation.

Eisma said the new allocation is 18 percent smaller than the LGU shares released in August last year, which totaled P166.16 million, but surpassed by more than 12 percent the P123.1 million distributed in February 2021.

The LGU shares for the first half of the year is released in August, while that for the second half is released in February the next year.
Eisma said, however, that the SBMA will do away with the usual check-releasing ceremony as a precaution in face of the recent surge of Covid-19 cases nationwide, including in local communities.

“For the first time, I won’t be releasing the checks personally because I want to avoid crowding in pursuit of health protocols that we are enforcing in the Subic Bay Freeport. So, we advise LGU representatives to please claim their checks at the SBMA Treasury instead,” Eisma said.

According to SBMA records, the Subic agency has now distributed a total of P2.83 billion in LGU shares since 2011 when the SBMA started releasing shares directly to the LGUs. Previously, the distribution of LGU shares were coursed through the National Treasury.
The LGU shares are computed according to population (50%), land area (25%), and equal sharing (25%).