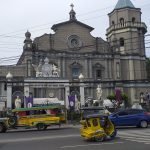 Motorists who are prone to violating basic traffic rules and regulations, who park their vehicles just anywhere, beware.

The Provincial Government of Bataan is now crafting measures to stop wanton violation of no-parking signages in major thoroughfares.

Police records say this has become the cause of traffic jams and accidents that cost lives and limbs of both pedestrians and motorists.

Second District representative Albert Garcia, during his term as Governor, had requested the Sangguniang Panlalawigan (provincial board) through Board Member Romano del Rosario to enact an ordinance “providing the use of wheel clamps to immobilize illegally-parked vehicles and imposing penalties for violations thereof.” Del Rosario, chair of committee on peace and order and public safety, said the measure on illegal parking is still being discussed in the committee level.

“We will set a public hearing to crystallize the proposed ordinance,” said the board member from Bagac.