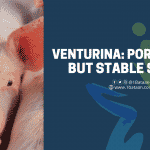 Some hog raisers in Bataan are gradually going back to business now amid the threat of African swine fever (ASF).

For the month of May this year, Bataan consumed 348,660 kilos of slaughtered hog with Balanga City getting the highest volume at 74040 kilos followed by Mariveles town with 63.600 kilos.

The price of pork in public markets throughout the province goes from P380 to P400 per kilo. “Mataas ang presyo, pero stable naman ang supply,” Venturina assured the public.

The national government announced last June that the country is expected to bring in more pork with the government deciding to retain lower tariffs on imports until the end of the year.