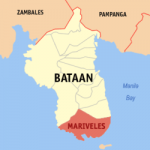 Only light vehicles are allowed to pass through Zigzag Road in going to the Freeport Area of Bataan (FAB) and Mariveles town proper. Buses, mini-buses and trucks shall continue to use the by-pass road.

This was learned from Mariveles Councilor Tito Pancho Catipon, chair of Sangguniang Bayan committee on public order and safety (PSO), tourism, coop, NGOs and support services, who met on Monday with members of transport group and representatives of FAB.

Catipon said the Department of Public Works and Highways (DPWH) had been undertaking repair and rehabilitation of portion of Zigzag Road following a pocket landslide or cave in that occurred last August. The motorists were asked to use the by-pass road to avoid accident while repair and rehab works are going on.

The road repair has in a way affected the flow of heavy vehicles that ply Mariveles and Metro Manila. But FAB has yet to hear complaints from its locators. “So far, the locators have been very understanding about it,” said Karen Balmaceda Padaoan, AFAB senior information writer.
Catipon said in his meeting with DPWH officials last week, he was told that curing time of concrete is set this coming December.